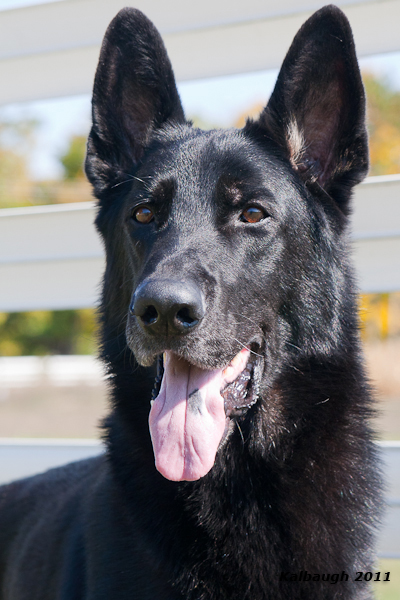 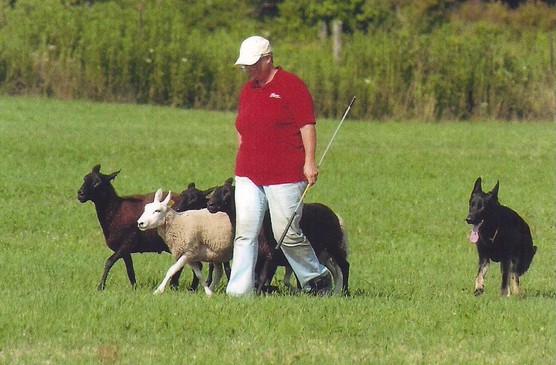 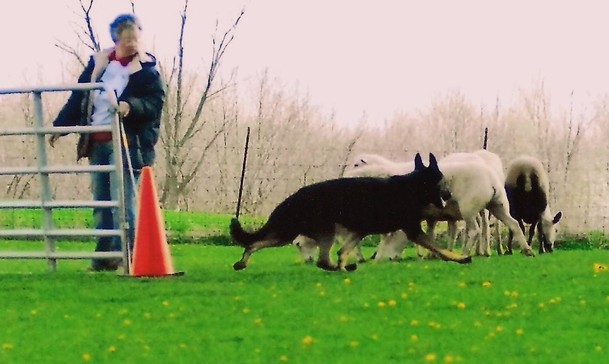 
Drummer was born during a blizzard on April 4th, 2004. He was the first puppy to be born and he refused to come out...too big. After two hours of hard labor, I popped his mom in the van to take up to the vet  Half way there, in a van that had no heat he came screaming into the world. A lot of his life was spent in one vehicle or another going from show to trial to clinic. On April 19, 2016, his life ended in the back of my van as the vet administered the euthanasia drug. In the time between, Drummer taught me so much about myself, dogs and working with them that at this point, my world, teaching and philosophy is colored bi-color.

There is a saying out there that I use a lot, "When the student is ready, the teacher appears." Drummer was most definitely my teacher. I was not a good student. He did his best to drag me kicking and screaming into enlightenment. He has well earned his rest.

Drummer is proof miracles happen. He was accidentally kicked in the skull by a sheep when he was eight weeks old.  He was so terrified by sheep that he would go nowhere NEAR them for over a year. Two years two vets, and two chiropractors later, it was finally diagnosed by Dr. Mike Masterson that Drummer had been crippled by a compression to his thoracic vertebra         caused by the blow. The compression had caused an impingement to the nerve flow into his      right front leg causing pain and atrophy. With intensive therapy (it seemed we lived at Dr. Mike's for awhile). Drum was soon able to work stock.

There are two times in Drum’s life that to me epitomize his character. The first was when we went to a trial down in Georgia. The sheep that were put out on the field had JUST been chased around extensively in the last class….by a GSD…not 15 minutes before. (Yes, this was illegal under AKC rules). The sheep were totally freaked out by being dumped in the field with ANOTHER GSD. There was one ewe that kept breaking and running for the gate. Drum ended up backing that ewe and group thru the course one step at a time. He never lost his cool….or his sheep.

The other time is the weekend of the 2009 Nationals. Drum trialed for two days taking home two new titles, HXAs and HXAd, two High in Trials, two Reserve High in Trials and Herding Victor. He then jumped in the car, came home, and loaded 45 head of sheep into a stock trailer for the three hour drive to Springfield. We got there about 10 o’clock at night. We then unloaded the sheep into a pen that was NOT appropriate for sheep. The bottom was open and my sheep kept leaving. Fortunately a friend of mine showed up and helped both Drum and I. As I joked to her later, isn’t there a punch line out there about a black dog chasing black sheep around at midnight?

For the next two days Drum pushed sheep in and out of stock pens for instinct testing. And I do mean push. My sheep were NOT happy about having a bunch of baby Shepherds chase them around. They did NOT want to leave the pens. Drum had to go into the 8x8 pens and push them out. At night, after the days work was done, he would jump into bed at the motel and sleep beside me.

Drum shows that you CAN have it all….a beautiful, masculine, typey Shepherd who is a winning trial dog, a hard working stockdog and a house pet.

An accumulation of injuries have ended Drum’s career. His initial accident as a puppy, two ewes double-teaming him in the lamb pen which separated his shoulder and the final accident happened when he tried to jump up on the grooming table and just caught his back legs on the bottom of the table which caused him to slam back down on the floor right on his lower back. The last accident has caused a weakness in his spine and he now walks with a limp.

He still has a job to do though. He is undisputed king of his domain. He is the quintessential crabby old man of the house and is currently raising my young Border Collie, Tai, to understand just how one is to behave in the presence of kings.

His greatest job is still to give the greatest hugs. He lays his big head under my chin and sinks into me. 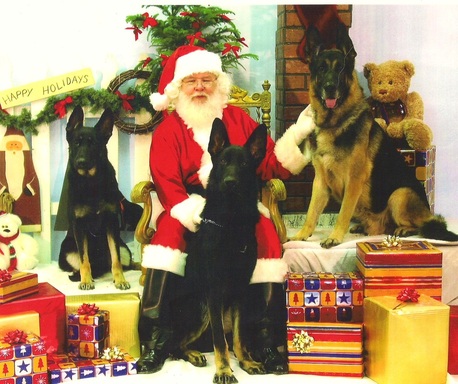 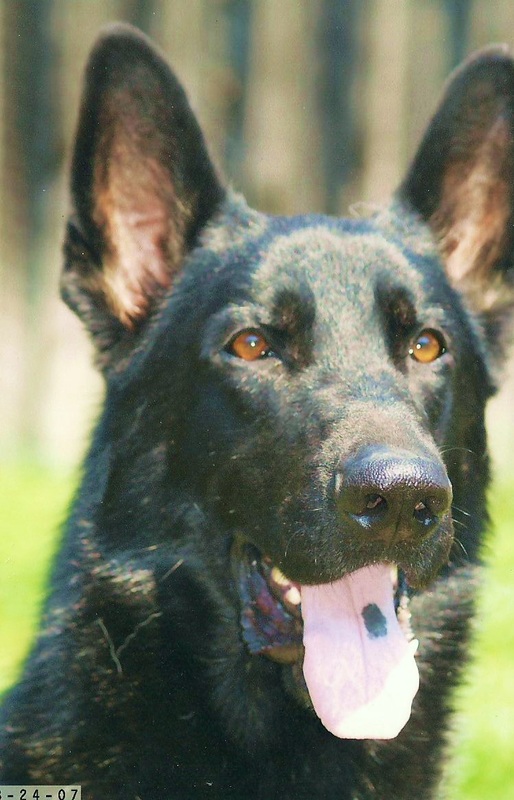 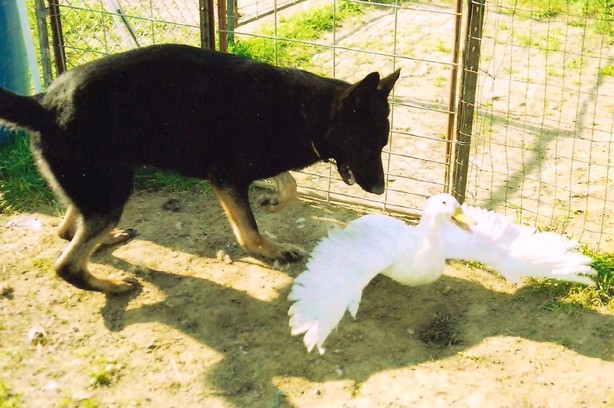 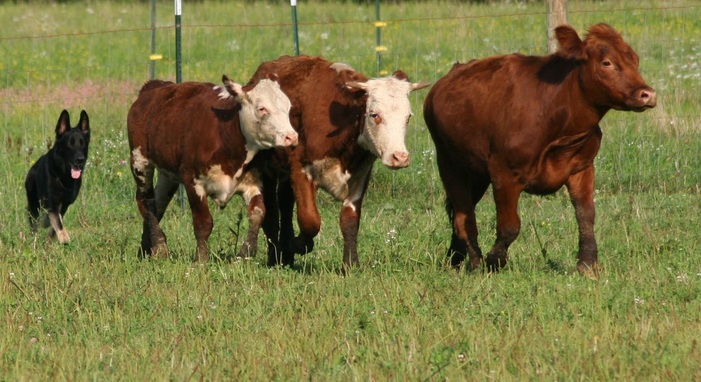